Unfortunately we can’t all have Phil and Kirsty at our disposal, so when it comes to choosing a new expat location, do we always have the expertise to make the right choice? I know that in both our moving decisions, we have been led by the opportunity, rather than an emotional or situational need to move. Luckily for us it worked out, but I do look back and wonder were we just to blasé about the whole thing, what if it hadn’t worked?

When we first debated moving away from my little island haven, I can’t say that I was necessarily ready or had a huge desire to leave. However I knew we were standing still, limited in our opportunity due to high living costs and after 6 years, my nomadic hubby was getting itchy feet. The catalyst for us even having an adventure discussion, was a new job prospect for him and as in his previous expat life, he was more interested in the job than location. I on the other hand, had previously threatened divorce by some of the locations that had come out the wood work over the years, simply by his adventurous personality, meaning location isn’t a priority and me bringing us back to reality and perhaps a life in Libya probably wasn’t the best move!

So after many a dismissive remark from me over the years, he was on interview number 3 for a “European” job, no idea where, but I thought, its Europe at least it’s on a continent that I could survive in.

How hard can Europe be?

Eventually of a romantic Pizza Hut dinner Hubby declared that the job would be based in Prague and we both got very excited. We had visited there years previously and loved every minute if it, but I quickly came back down to earth, remembering that visiting or holidaying in a place is far different from living there. But after many discussions, Hubby turned to me and said shall we go for it?! At the end of the day there is only so much talking you can do, before you simply need to take that leap of faith……..Prague bound we were.

On this occasion we were lucky enough to visit before the job started, get accommodation sorted and get a feel for the city through different eyes. Last time we were there we saw everything as excited tourists, this time we needed to see the bits you choose not to, be objective, get into the nitty-gritty. It was funny, I instantly felt right there, I even directed us around the city from memories of 2 years previous, somehow it just felt so familiar and already I knew we could do this. So that was it, the expat journey began.

Fast forward 3 years and I remember sitting with Hubby early in the new year, looking out across this beautiful bohemian city and saying I felt like I needed a change. It wasn’t that I had fallen out of love with Prague, I loved it, but you know when you just think its time to expand your horizons and do something drastic enough to shake things up. So that was it, we were on the hunt once more. Of course it was job driven and it needed to be different enough, that we got the changes we were craving. This time the Middle East was calling hubby back, he had been in Saudi Arabia pre me and always hankered after another Arabian adventure. I on the other hand had managed to distract him for the last 6 years and it had fallen off the radar.

Thank goodness, as quite frankly it terrified me.

Not surprisingly the job had hooked Hubby and that Kuwait is the desert location. Was I opened minded!? What do you think! I was trying to be the supportive spouse and could see how animated he was over this new challenge, so I put my trepidation aside and kept quiet as the process continued. The final interview stage was in the land of sand, so off he went leaving me wondering what would come of this trip and that we may very well be having some very long discussions on his return. He of course got the glossy tour of Kuwait, the PR spin, the edited “wish you were here” version, which of course was relayed to me via photos of Marinas, sea view apartments and shopping havens. There we had it, location number 2 looked to be decided upon, no pre move visit for approval or to get that feeling, 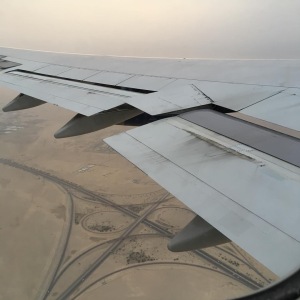 Once again the expat gods were shining down on us, because even with my low expectations, no idea where we were headed, no clue what life was really going to be like, it’s another win. It is so vastly different from Prague but isn’t that exactly what I asked for? Didn’t I state that I wanted a big life change, something to shake things up? And much to my surprise I think I actually love this life more than our little boho interlude; everything says that this was meant to happen. It’s changed me for the better, taught me so much about myself and its reminded me that, sometimes what could seem like an uninformed decision, because you’re gut told you to go for it, is sometimes the best thing you could do.

Now, we have been very very lucky with our moves, both Hubby’s pre me and the ones we’ve made together have been the right moves, but what happens if it’s the wrong one? I of course have nothing to draw on in this situation, but I can give a perspective of those that have not “clicked” with a location. I have had a few friends in Kuwait that have hated every minute and subsequently left after the first year. They have found it hard being restricted by the heat, unhappy with the slower pace of life and getting bored with the same activities, week in week out. All these aspects are absolutely true of life in the desert and I totally get it. Whilst I love it, we are all so different and I know non western expats have far from the same experience as me, so I can comprehend it’s not always rosy. 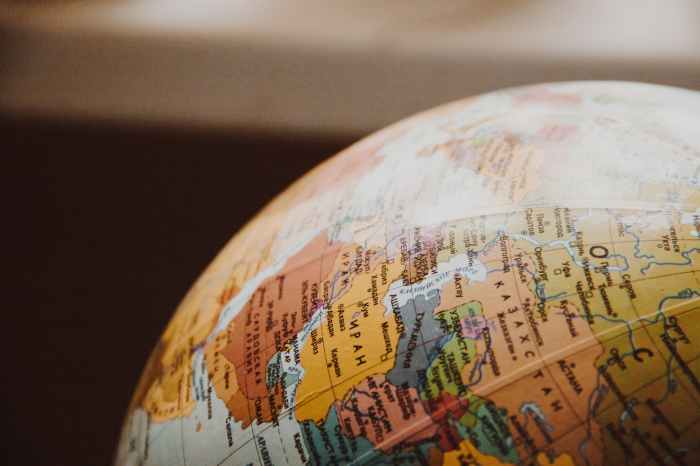 The Middle East won’t be for everyone, some won’t even put it on the radar, but what happens when you pick what to the outside seems like an “easier” locational choice and it still doesn’t click? I think this scares at a lot of expats, there are obvious locations (like the Middle East, Africa, The Far East) where you think, ok let’s go to be outside of my comfort zone, somewhere vastly different from home and go for it. Or you are people who dismiss them off the bat and go for where Hubby calls “normal” locations, (USA, Canada, Australia) which are more inline with our western up bringing.

I am by no means saying that living in these places will be a piece of cake, but they may not as easy as on paper they appears. I have talked to people that thought a life in Australia would be like back home, but with sunshine and its proved a harder transition for them, than my desert one ever was. Sometimes these places can be lonely as they don’t bring expats together so organically or you move to a new country for a spouse or family when you expect to just slot into their life. Proving whatever the location, nothing expat is easy.

What I know is that location is important in this expat world. It can simply make or break an experience and impact everything. I may end up somewhere down the line, which hasn’t been as successful as my adventures thus far, but I would like to think that I have the tools to try to be objective even if it doesn’t work out.

Get online, read blogs, seek out forums, there is so much information out there, friendly expats on instagram and twitter, who like me are happy to answer questions and give honest feedback. I have learnt so much living abroad, but also writing this blog has opened up a world of expat connections. I feel confident that our next destination will be a bit more of an informed choice, I can tap into my expat Insta family for advice and there will be a little less seat of my pants flying.