Have you ever wondered about what 5 items you would take with you on a desert island? What your last meal would before before the world ends? How would you react if suddenly you weren’t able to have your favorite things or do you habitual activities? Those creature comforts, that are quite literally comfort, are no longer there…….Welcome to expat life!

Ok ok, it’s not quite as serious as the world ending or the movie voice over guy setting up your impending doom, but every now and again you pine for normality and life’s simple pleasures. Hubby and I enjoyed a long weekend (for Islamic new year) and at the end of a very enjoyable first day, we went home to catch up on Master Chef, we are so rock and roll! As we sat there watching these D list celebs whipping up culinary delights, one of the options was fish and chips. We both looked at each other and simultaneously declared

That was it we were in the danger zone, this innocent BBC catch up had opened the flood gates, our brains were ticking, hearts pining, it was all over. What proceeded was an incredibly sentimental conversation about food we miss, which culminated in the grand finale……..20 minutes on PIES!

Now most of you will be thinking we are both a little nuts and to be fair maybe in hindsight 20 minutes talking about meat or fruit filled delicacies, does ring alarm bells, but it our defence sometimes it just has to be done. When I started out on this expat adventure, I of course knew that I would not be living a carbon copy of my little island life. In fact, this was exactly what we both craved and what drew us towards it. However, what I didn’t even register was the simplist task of going to the supermarket or going our for dinner could prove a challenge in those early days.

Moving to a European city I didn’t for one minute think there would be things I could not get. Of course there would be local versions of my home favourites but I didn’t think there would be huge differences. So after the first month of Czech buying, hunting down britská slanina, which was British bacon apparently, I quickly found out that there was nothing British about it! Nothing about this resembled anything I got in my Sunday sarnie and to top it off, no HP just only some poor mans substitue. How was I to survive this? ( I know again rather dramatic, but everything is dramatic in early expat land)

Eventually I realised this was not the end of my weekend breakfast world and that there was a British butcher that would deliver my Christmas turkey, bacon, sausages and chocolate digestives for my Yorkshire tea. All was calm in my expat world….well almost. Tesco Czech still thought it was completely ok to substitute Pino Grigio for Chardonnay (WTF) in my online shop, apparently to the Czechs white wine is white wine!?

and I am telling you now, Milka is NOT Cadbury.

So after 4 years of finally navigating my way through Bohemia, smuggling multi packs of Wispa bars in my suitcase after every trip home,  and realising that I could actually get everything I wanted, I calmed down. On the whole we adjusted to life and found local food loves. So now when we have our sentimental foodie dreams, Czech dumplings and roast duck is up there, with a St Ouens breakie.

Then came desert life. Now when most expats consider a move to Kuwait some dismiss it completely due to the dry state problem. Some think a Friday night without a glass of chilled vino collapso, is a deal breaker. To be honest after living in Czech for 4 years, where beer is cheaper than water, Hubby and I thought we could do with a desert detox. However, the prospect of my Sunday morning breakfast sarnie, not being an option disturbed me more! What is it about me and moving to places that just doesn’t get what this means to us Brits???

So here we are and whilst we love local Middle Eastern style food, eating hummus till it comes out my ears, I still get a little bit excited when I see the occasional Waitrose item in the supermarket. I have said it before that this part of the world is like mini Americana. The food brands are predominantly American, so for my state side counterparts I’m sure they don’t miss too much. But for a Brit, I sometimes just can’t find what I want. Simple things that may look the same on the outside but they are evilly masquerading as the real thing.

They are like a Heinz baked bean tribute act. They kinda look like the real thing, but you know they are just a dodgy imitation. 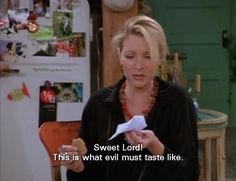 My delight at chocolate digestives was quickly turned to disappointment when I realised that this was no way near the biscuit perfection of home. Oh and don’t get me started on Hershey versus Cadburys!?

There have been many a conversation about how to make a decent English cuppa in the desert (just so you know, its Yorkshire tea and using bottled water in the kettle gets you as close as you’re gonna get) bizarre but true. So it becomes a running joke among the desert girls, when the obligatory pictures of wine start to hit Facebook, so do the trips to Waitrose and proper cups of tea back home. That simple and arduous chore that most woman dread, I am offering to do for my mum and delight in the aisles of variety, freshness and rows and rows of REAL chocolate. It’s the novelty of being back home and indulging in all those things you missed. The first week is me literally running (or should I say eating) my way round all my island favourites and it starts the moment I am off the plane and onto British soil, when a cheese and ham toastie has to be demolished. Awe those Kuwaiti kilos, gained since the move, are just topped up with gin and sausage rolls!

Hubby and I are only a couple months away from a winter trip back to the motherland and as we are now officially in Autumn, not that you would know it here still 40+ degrees, it makes me want my impeding trip home even more. This weekend I purchased a new coat for said trip and all I can think of is its just going to sit there for another 3 months before I can wear it. I miss being snuggled up in a cosy coat, ugg boots and hot chocolate afternoons. I know I will go home and complain that I can’t warm up but I do miss those crisp winter days, darting into the pub to warm up and tucking into a steak pie with a mountain of mash, finished off with apple crumble and custard……and she’s off again

Listen, I know that the fact that I can’t have mountains of McVities or that beans definitely does not mean Heinz here, is of little consequence. Drama queen alert, getting so worked up over a bloody biscuit, I’m sure you’re thinking she’s lost the plot (again). This life brings an abundance of incredible experiences and all that is true of course. Out here I’ve learnt and gained so much, the pies the limit! but like anyone abroad, you just sometimes crave a slice of home.

7 thoughts on “The pies the limit”