Since we last “met” dear readers, my week has been a busy one. As I flit like a social butterfly, from one occasion to the next, there have been moments where I have not stopped, contrasted by quiet moments of reflection. As I pondered about what this weeks post should be about, I realised that the last seven days, have really been a mixed bag. Forget the seven deadly sins, I am talking about the seven desert moods that I have journeyed through, in just one week! No one tells you that this expat lark will bring you a plethora of feelings in such an intense way, one minute you’re up, the next you’re down. In the words of Ronan Keating,  (expat) Life is a roller coaster. 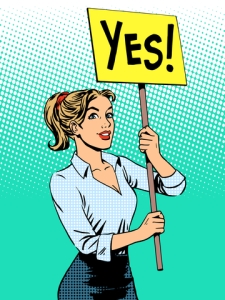 Things began in a relatively easy way last week, finally the long hot summer was over, schools resumed, meaning that all the desert girls were back out to play.  So I was in an upbeat mood last Sunday, as I knew I had plenty to keep myself busy, catch ups would be plentiful and I couldn’t wait to see my friends. Seven Desert Mood #1 Excitement.

The ladies that brunch were back in session, albeit we were one original down, however that disappointment was quickly quashed knowing that 2 desert newbies would be joining us. My mood didn’t falter, I was enthusiastic for the meet and greet and had my best welcome hat on. As the longest standing desert girl, I tried to instill some desert wisdom to the new ladies but more importantly give them the low down on hairdressers, nail salons and where does the best wax! C’mon ladies you know this is way more important that any cultural awareness lesson. I remember how daunting those early days are and hoped we were at least one element making their first week an easier one.

Book club was back in session after 3 months off. It was the first time since its creation that we had had every member in attendance. The whatsapp group was flooding with upbeat messages, everyone looking forward to meeting up and then the confessions began…..only 3 of us had read the freakin book! Summer commitments, single handed parenting around home countries and giving the kiddies the best summer ever, had seriously got in the way of getting through, or even starting, the rather chunky read.  As one of the 3 that had read it and who thought it was one of the best books I’d read in a very long time, it was disappointing that I knew there wouldn’t be much book chat ahead. Seven Desert Mood #2 Irritation, which I have to say was extremely fleeting as I once there and seeing the literary ladies after so long, it just turned into a fun girls night out/in. So thankfully, I was out the first tunnel and heading up once more. 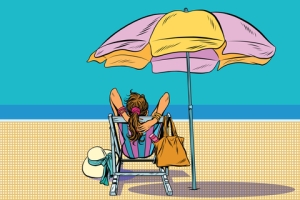 I don’t know if it was the late night of anything but book talk or the very unsettled sleep I’d had, but by the time Thursday came round I was shot. I don’t know what had come over me. Everything was an effort, I felt exhausted, which I don’t know why, coz how exhausting is having coffee and lunches all week!? So as I headed to the gym for a workout and breakfast date, I arrived with as much enthusiasm as a turkey at Christmas. So I sacked it off, heading poolside instead, thinking that a bit of a chill out in the sun, even maybe a sun-lounger nana nap, may bring me out the other side. No luck. I made my way to breakfast, collecting coffees for the girls and an extra shot induced cappuccino for myself, trying everything to get enthused and on form for my chat over eggs. I ate, participated and enjoyed it but boy I was looking forward to going home and trying to re- energize for the weekend.  Seven Desert Mood #3 Lethargy

In my tired state and not really thinking, I received the weekly online shop (a must since my local supermarket closed, quite literally overnight with no warning – only in Kuwait). I left the large packs of water by the front door, since my old lady back issues, I know not to try and lift these into the kitchen or anywhere else for that matter, so I was a good girl and left them in situ. Well, truthfully I left them there for as long as my Virgoisms and OCD tendencies would allow and I decided that after an hour they were just cluttering up the front hall and they HAD to be moved instantly. Right, I knew I couldn’t or shouldn’t lift them, so I tried to push them. That didn’t work, as bending over that low was not making old lady back happy.

Hmmmmmm….now a normal person would have stopped at this point

but no I had to try.

So I ingeniously worked out I could slide them with my leg and so I pushed / side stepped them into the utility room.

Ahhh job done, order was restored to my hallway and I went to the sofa to finally get that siesta. After an hour of dozing, I went to get off the sofa and I couldn’t bloody walk! Clearly my “clever” water moving maneovor had strained my hip flexor and boy did it hurt. Seven Desert Mood #4 Frustration. How could I have been so stupid or more importantly just been less anal and waiting the 4 hours for Hubby to move them!? So after a lot of foam rolling, stretching, deep heat, anti- inflammatory and swearing, by Saturday afternoon I had ditched the limp.

After getting over my own stupidity, Sunday had returned and the start of the a new week. Yesterday was a proper roller coaster of emotions for me, truly feeling the highs and the lows of my life here, all in the space of 24 hours. Firstly I was up early for a personal training session. It had been 6 months since I could train with my “torturer” due to back rehab but I was finally ready and strong enough to get back in the game. Poetically it was a year to the day since I started my fitness journey so I was proud of how far I had come (even with a back glitch) and so Seven Desert Mood #5 Motivation kicked in and I was raring to go.

So after an hour of kicking my arse, the reality of the day hit me. From that high I was plummeting at full speed down the track and Seven Desert Mood #6 Sadness arrived. Yesterday was the 12 year anniversary of losing my dad. I know many people think one particular day can’t effect you that much, surely you miss them daily so why does a specific date matter? I get that, but they “say time is a healer” and I guess to some extent it is but at the same time it can feel as raw as the day it happened. I certainly was reliving that day and all its emotions, which then sends my head to my family, who I’m not with. To my mum, who I hoped would not be alone today, to my little sis who would be looking at her 10 month old daughter wishing she had met her granddad and me, thinking what would he had really thought of my adventures. Days like this make you realise how far away you are from everyone and you wish you could just be together, because sometimes messages to each other just aren’t enough.

I was lucky though, because in the absence of my hubby, who obviously was at work all day, my lovely Scottish gal stepped in to distract me. She knew what I was going through, we both know that pain of someone taken too early and she was there to be whatever I needed her to be. So we headed off for a coffee and a set the world to rights session. It must have been a bad day, as I even treated myself to a Skinny muffin, coz frankly I needed comfort from all angles. As we talked about everything and anything my mind was elsewhere I was laughing and back in the swing of the desert day. Seven Desert Mood #7 Gratitude

I was grateful that I have people around me that give a shit, who are genuine and don’t need to be there with huge gestures but just be there. My lovely Hubby constantly checked in on me throughout the day, making sure I knew I was loved, not alone and would be home with a big comforting cuddle. I love yous flowed around my family as we all gave each other comfort from afar. As I had some alone time at the Marina in the afternoon, enjoying the peace, sun and palms, I reflected not only on what my Dad would have made of me sat there looking over the hazy city skyline, but about my week.

An expat week can be a long one, it can be an emotional one, it can bring you moments of joy and of heartbreak. But you know what, it also brings you perspective.

In the last 12 years, I think about how far I’ve come. I’ve gained a husband, lived  in 3 countries, have friends from all over the world, nieces and nephews, experienced places he or I would never had dreamed I would go. Life is a roller coaster, we drive up and down, take steep corners, change direction suddenly but its the thrill, facing the fear and getting your feet back on solid ground that makes it all worth it.

7 thoughts on “Scream if you want to go faster!”